Hey peoples, I received Melody’s Keys by Dallas Coryell for an honest review and I am excited to start reading it very soon.

It is a New Adult romance book and the synopsis sounds intriguing already.

Here is a synopsis from the author.

“Tegan Lockwood’s dreams were dead, sacrificed on the noble altar of duty before they ever had a chance to live. Her entire existence was disappearing into the abyss of apathy as she labored her days away keeping her family’s struggling business alive. There would be no emotion, no color, no beauty in her life. That is, until a mysterious visitor begins to draw her out of the darkness of her past towards something that will challenge the boundaries of her world, and unlock the most deeply held secrets of her heart.”

What do you guys think so far?

Don’t forget to check back once I’ve started reading it. I’ll be posting a CR notes on what is going on in the book so far.

Please follow, check out the IG page and leave you comments. You’re appreciated. 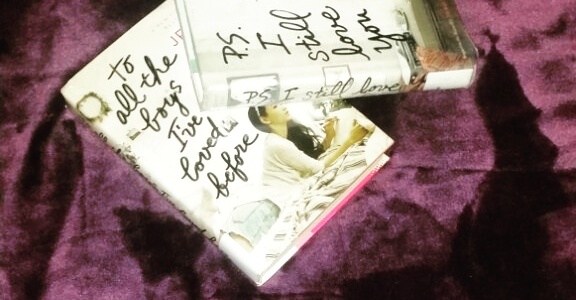 As I was doing my usual rounds on IG this morning, I saw a post from Jenny Han from 22 hours ago. (Curse IG and its new algorithm pattern)

The rumors have finally been confirmed. Lara Jean will be getting another book and its called : Always and Forever, Lara Jean.

Her comments section is going crazy, filled with excited readers and bloggers, eager for the release.

Don’t get me wrong, I’d like another LJ story and see what struggles she get through and more part from John Ambrose and Josh and Peter. But, I think the story was great the way PS I Still Love You ended. Somethings are just great to be left to the imagination and not overly played out. With both of the books Han have released so far, it resolved a lot of answers, matured LJ and it was great.

Most series need many books to figure out what Han have done in two, and doing a third book will extend from what we already know but is it necessary? Its is only prolonging something we already know and only getting done for monetary gain.

In the third book, I can see Han tying the proverbial perfect bow on a present to a series by giving the father a full relationship with their neighbor, Ms Rothschild. She may stir drama between LJ and Genevieve again (which at this point is very tiring). And include more about John Ambrose not giving up LJ and maybe even throw in Josh in the pot of love concoction! These things can be included in the new novel or not, but I like where she left off and don’t think we need to actually know more of what LJ will be doing next.

Authors should trust the readers to be able to continue and imagine what’s next after such a great ending.

With all my hang ups, I know I’ll pick up a copy but I know one is not necessary.

What do you guys think?

Drop your comments below and let’s have a discussion!

Since I have  finished Looking for Alaska and had posted up the Review earlier in the week, I haven’t picked up another book. Its been a very fast week since Monday was a national holiday, but also very stressful with work.

All I’ve truly wanted to do was sleep in, with the AC turned to a very low temperature because NYC was just getting its usual wave of humidity.

I was looking through my TBR list which is  always changing cause there are just many great books in the world waiting to be picked up!

Alice have always dreamed of Max, the boy of her dreams. They had never met and in the dream, things are always perfect. Then she begins her new school and Max is right there. They begin to get to know each other in real life and its not as dreamy or perfect as her dreams. They also begin to see that their dream blends into the real life hours and must find a way  to fix it.

Annabel, is a young model and seemed to have it all. Until one night, on decision and she becomes alienated from the life she’s always known. With her family dealing with a crisis with her older sister, Annabel tries to be the perfect daughter. Until she met Owen, a music “enthusiast’ who shows her the way to dealing with her problems, been more honest with her herself and the people who surrounds her.

This will be a re-read. I read both books when in 2014, when If I stay was about to be released in theaters.

Mia’s life was good. With normal teenagers problems and the prospect of going to Juliard for music. Then Mia suffers a tragic event that left her as the only survivor in her family. Her boyfriend, Adam stayed with in the hospital and helped her get through her coma. She had a decision to make while she was in a coma, either stay alive or die

The sequel to To the boys I’ve loved before, Han brings back Lara Jean and her boys. Lara and Peter are making their relationship real and then someone from her past reemerges and she must deal with her feelings all over again.

This is also a sequel book, to Red Queen. Mare must lead the Scarlet Squad to find others like her before Maven gets to them in the fight for equality between the Red and Silver Bloods.

Glass Sword is a book I’d really like read next but I’m doing a delayed tactic since King’s Cage, the third book in the series is going on sale in January 2017.

Its been forever since I’ve read a Sarah Dessen book so maybe I’ll read this first?

What do you guys think?

Comment below, check out the blog soon to see which book is next!

My order of Renee Carlino’s, “Before We Were Strangers” came in yesterday in the mail. I was very excited to finally get it.

There are so many great reviews in the book blog community about this book,  I just had to get it. Many of the books I have picked up lately have been from recommendations I’ve seen or read about.

Most of the bloggers have said how they were touched by the story of the two lovers and how it truly is a love story.

I also got a lace cream midi skirt from Nordstrom Rack. I don’t usually wear light colors as I love my NYC monochromatic black, but I caved because it was different. I looking forward to wearing it out with my girls.

Happy 1st of July! Its a new month, the second half of the year and what are you going to do with yours?

I’m going to make the most of it!

I got some books to kick of July TBR, and they are great books, from the reviews I’ve read.

1: To all the boys I’ve loved before by Jenny Han

3: Looking for Alaska by John Green

4: The king who made paper flowers by Terry Kay

I’d be posting more books I get as the month goes by, so please check back for New Book Alert Posts 📚📚

July 6, I would be celebrating one month anniversary of creating this blog out of nothing but passion as I was sitting on a shuttle bus. I am not taking this platform for granted because its something I’ve always dreamed of doing.

Reading is very vital to me because it helps me stay true to who I’m. I don’t remember a time I didn’t read. I love to be able to recommend, review and share my views and feelings on a book.

And I’d encourage many of you out there to just grab something small to read if you don’t already. Begin there, it is important to read, as it can take you anywhere.

And do not let anyone ridicule you of your choice of book because they are simply just foolish.

I’m at work and our internet is down for the moment.

I thought I would use the down time to post my June Wrap Up.

I borrowed most of the books from the library and some are eBooks purchases.

I enjoyed all these books, learned something from each and hopefully my reviews of them have helped you.

I also want to share with you all that I pre-Ordered It Ends With Us by Colleen Hoover last night during the half off sale on Amazon for just $8!

It would be delivered on Aug 2, from Amazon Prime. So far, great reviews have been given on the books and can’t wait to read it!

I’m #teamCoHo all the way.

I was able to get Glass Sword by Victoria Aveyard yesterday! It coincide with the reveal of the third book in the Red Queen series, King’s Cage. 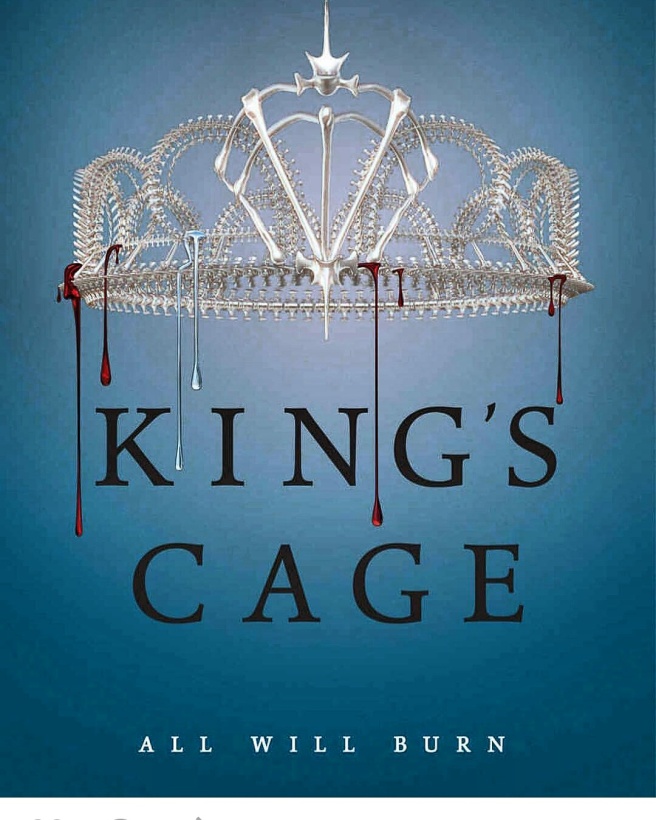 King’s Cage will be release next year, February 2017 and I don’t think I can wait. I’m very excited!

A post of my Review : Red Queen is available for my thoughts on the book and what the book is about. I had some points that I believe will be addressed in King’s Cage; there is supposed to be varied POV in it.

Please check back again for my thoughts on how the book is when I begin to read it and after when I have a review up.

Hey guys, so I have some upcoming reads that I’m looking forward to.

I just recently found out about West , and I’m loving her books so far! They are really quick reads with touching situation happening beneath the love story that are the obvious attraction. I’m not fully able to relate to their struggles because I’m not a teen anymore but I just love the stories.

This is going to be my first read from Aveyard and I’m really excited! I’ve seen rave reviews about this book from some of my fellow bloggers and I’m looking forward to reading it.

Pick up your copies and support !